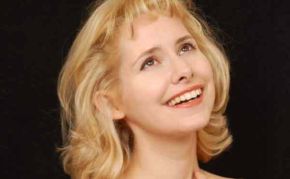 Her music is an eclectic blend of classic pop, jazz and cabaret influences, not to mention occasional forays into rap, reggae and other stuff. She's also known for her witty, biting lyrics.

Her 2004 debut album Get Away From Me received heavy media attention and rave reviews. Attempted Executive Meddling with her second album Pretty Little Head delayed its release by almost a year, killing some of the buzz and momentum created by her debut album. She's remained a critical favorite and has managed to maintain a loyal fanbase.

No relation to Winsor McCay.