Music / Is This It 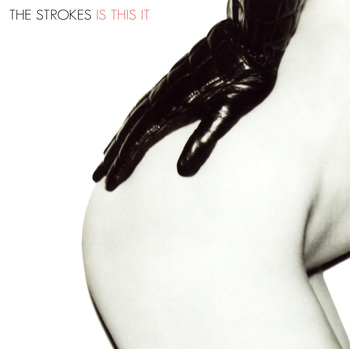 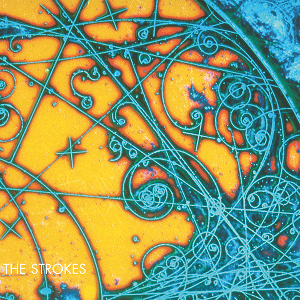 The updated album cover for the U.S. version.
Advertisement:

Is This It is the debut album by American rock band The Strokes, released on July 30, 2001. After recording a demo in 2000, The Strokes caught the attention of future Strokes manager Ryan Gentles, who scheduled them for four gigs in December. Encouraged by this opportunity and supported by associates, the band released The Modern Age EP and attracted the attention of multiple record companies. A drawn-out, pricey bidding war ensued before RCA Records won the rights in March of 2001, inducing attention and hype for the band within the music industry.

The sound featured on Is This It came about as protest against the then-mainstream sound of music, since the band focused on making a raw, gritty and energetic sound. Many techniques used in production, inspired by The Velvet Underground and The Ramones, emphasized distorted, low-fidelity noise - singer Julian Casablancas sang through a Peavey amp - and a compressed drum sound which retained the pickup noise from the guitars and bass. The result was a bare, minimalistic sound that eschewed the heavy clipping present in many rock albums in favor of unrefined pop sensibilities. Executive Meddling, however, pressed the band to forgo the original album cover, and the band replaced the track "New York City Cops" in the wake of the 9/11 attacks.

Upon its release, Is This It earned rave reviews from critics and major commercial success. It proved to be massively influential within the next few years, with its sound being considered a fresh alternative to Post-Grunge and Nu Metal, and inspiring a wave of Garage Rock bands. The album would open the floodgates for a New York scene that would come to be a centre for 2000s rock music, with bands like Interpol, Yeah Yeah Yeahs, and LCD Soundsystem bursting into the world later, while also serving to inspire the UK indie rock scene; Bloc Party's Silent Alarm, The Libertines' Up the Bracket, and Arctic Monkeys' Whatever People Say I Am, That's What I'm Not would follow in the wake of this record's success, introducing further elements into the genre.

It seems these tropes are simply never ending: