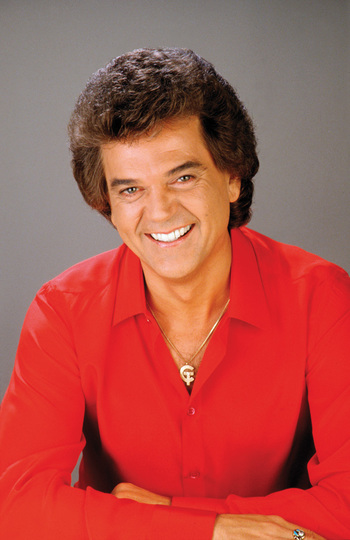 Harold Lloyd Jenkins (September 1, 1933 – June 5, 1993) was a prolific American Country Music singer. He first recorded for Mercury in the 1950s. His first hit was "It's Only Make Believe", a major pop hit. After Ray Price cut one of his songs, Twitty shifted gears and went country in the sixties. From then until his 1993 death, he was a constant presence on the charts, both as a solo artist and as a recurring duet partner with Loretta Lynn.

In his career, Twitty sent forty singles to number one on the Hot Country Songs charts, a record that stood until 2006 when George Strait broke it.