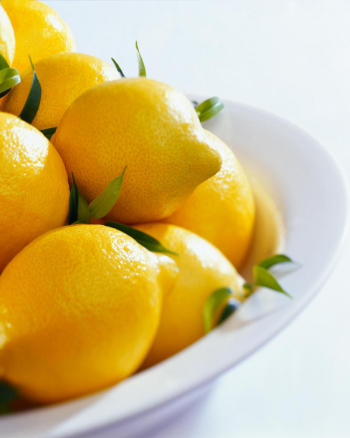 "I got an idea—let's make 'em yellow! Yellow's the color of sunshine and energy—gives a feller that git-up 'n-go that sets 'em up solid with the ladies—git the idea."
— Lonesome Rhodes, making up a pitch for Vitajex in A Face in the Crowd
Advertisement:

Yellow is a very bright and vivid color, the brightest of the six primary and secondary colors (doesn't matter which colorspace you're thinking of). It is an intense and agitated color, known to cause anxiety in humans from prolonged exposure. It's the perceptible color of our sun, thus symbolizing sunlight (although the sun is technically white, and through most of the day it is barely yellow). And it's the color of the precious metal gold, thus also symbolizing wealth and opulence (particularly Chinese royalty). In everyday life, it is common to see yellow used as a color of caution, such as in yellow signage and yellow tape. Yellow is also a very popular color in flags, and it is used in the Olympic Games to symbolize the continent of Asia. Because it is the brightest color, yellow is used as a highlighting color to bring attention to words or pictures. On fictional people, the highlighting is generally used to point out that they are attractive.

Compare The Gilded Index (although tropes of merely a golden color belong on this page instead).