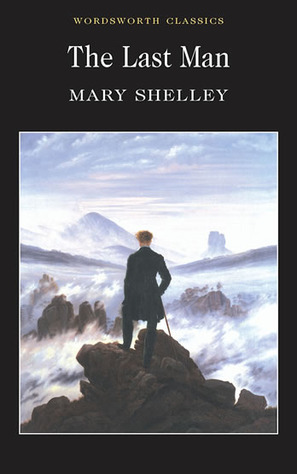 The Last Man is an 1826 Science Fiction Dystopian Apocalyptic novel written by Mary Shelley, supposedly taking place in the 21st Century. Its depiction of this century is, unsurprisingly, somewhat similar to retrofuturism, though with less emphasis on technological change than many stories set in the future. As the title indicates, it details a plague that sweeps throughout the world, infecting and decimating the entirety of Mankind, and survivors trying to maintain their will to live in addition to trying to fight off against hostile human settlements. The central focus is a man named Lionel Verney, an orphan whose troubling behaviour leads him to the former (the monarchy having been abolished) King of England‘s son, Adrian, where the two of them become friends and chronicles Lionel's life from this first meeting all the way to adulthood.

The book is divided into three volumes; Volume 1 centres on Lionel's life as a teenager when he first meets up with Adrian and becomes close friends and his role in politics, Volume 2 details Lionel defending his new republic and his close ones from several attacks and a mysterious outbreak that is killing everyone it makes contact with, and Volume 3 is about the remaining survivors trying to find a new home where they would be free of contracting the disease.

The story is known for being initially having a troubled time in regards to publication, due to its dark and heavy themes of loneliness and loss, only beginning to receive appreciation by the 1960s. Even so, Mary Shelley later in her life wrote that it was one of her favorite books. The Last Man has various elements and a tonal atmosphere that is very similar to the Dystopian genre, which was yet to be popularized a century later with works like Brave New World and 1984.

The novel provides examples of