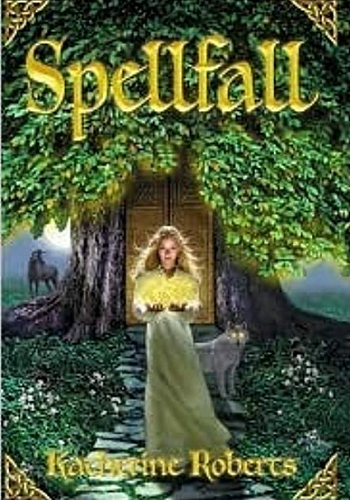 A children's Fantasy novel by Katherine Roberts, published in 2000.

Twelve-year-old Natalie discovers that her roots are in another world when she's kidnapped by the evil wizard Hawk. Her captor wants to make her one of his bonded spellmages, which will enable him and his Casters to receive the Power of Thirteen, and invade the enchanted realm of Earthaven, which banished him long ago. Natalie must find aid from Hawk's intimidated apprentice/captive Merlin, the Spell Lords, and the few in her own world who know of Earthaven's existence.

The novel includes examples of: