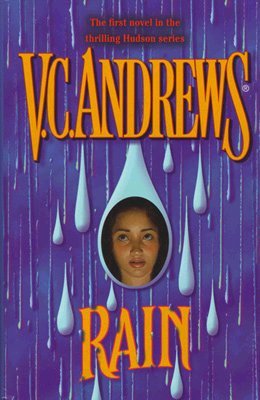 Rain already knows how hard life can be. But she is about to discover a shattering secret from the past that will change her future forever.... (US Hardcover edition, by Tony Greco and Lisa Falkenstern)
Advertisement:

The Hudson series is a series of novels published under the name of V. C. Andrews, but written entirely by the ghostwriter who had previously written sequels to several of Andrews's novels.

The first three novels feature Rain Hudson. The fourth features her daughter, Summer, and the fifth is a prequel featuring her mother.