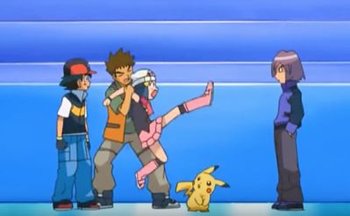 You think you're funny? Don’t ya? Listen Mister-! You nasty and selfish spoiled brat! Apologize!