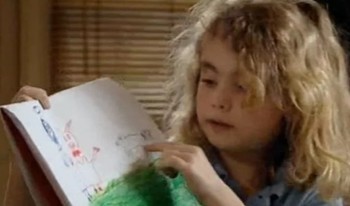 This is Satan, and this is Jesus... and this is a zebra.
With its improvised scenes and dark humour, Outnumbered always has a handful of utterly hilarious moments whenever it's coming from the children or the adults.