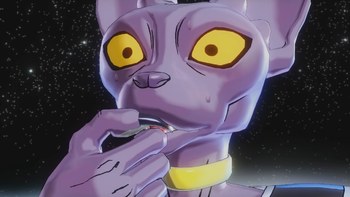 "Pardon me for one moment. Did you say you made this pudding?"

For the funny moments in the first game, head to Dragon Ball Xenoverse.