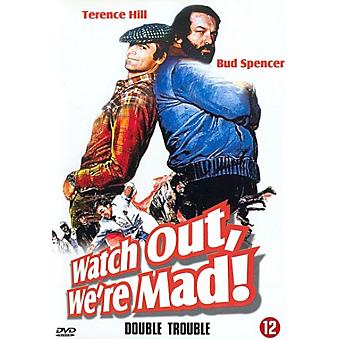 An Italian Action/Comedy film featuring Bud Spencer and Terence Hill as Ben, a car repair worker and Kid, a truck driver, respectively who, after participating in a car rally, tie in winning a red dune buggy with a yellow top. During an eating contest in which they try to determine who will win the buggy once and for all, mobsters come in and crash the place, wrecking the dune buggy, which makes them mad...