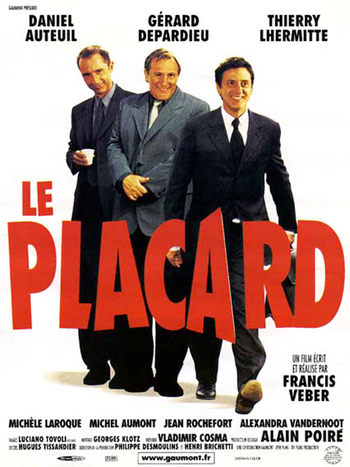 François Pignon (Auteuil), a divorced father, hears that he will be fired from his job in a rubber factory. His neighbour, an retired psychologist (Aumont), suggests him to prentend to be gay. He thinks that his bosses would not dare to fire an homosexual because of political correctness.

The Closet provides examples of: