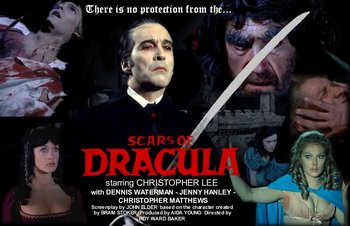 After causing a bit of trouble, young man named Paul Carlson ends up in Dracula's (Christopher Lee) castle. He soon finds the place inhospitable after Dracula stabs a woman to death in his bed and seeks to escape the place.