Film / Save the Green Planet! 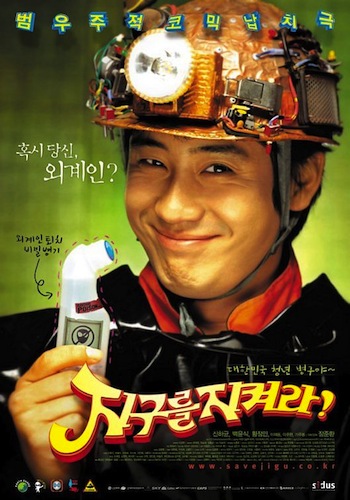 Save the Green Planet! is a Black Comedy/Science Fiction film directed by Jang Jun-hwan. The film was inspired by Misery, particularly the director's dissatisfaction with the characters being one-dimensional.

A mentally disturbed young man and his girlfriend kidnap a wealthy executive, convinced that the latter is really a top-ranking alien on a mission to destroy Earth. A young police officer and his older mentor race to rescue the executive before it's too late. Meanwhile, the clock counts down to the lunar eclipse, on which time the earth will be destroyed...