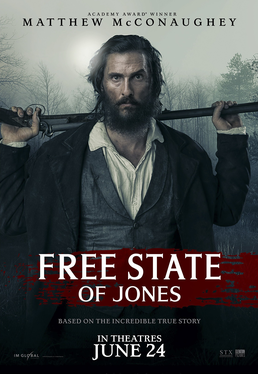 Free State of Jones is a 2016 film chronicling the little-known story of Newton Knight (played by Matthew McConaughey), a white farmer in Mississippi who led an armed revolt by disgruntled farmers and escaped slaves against the Confederacy during the American Civil War. Together, they declare that Jones County, Mississippi and the surrounding region is "the free state of Jones", seceding from the Confederacy.