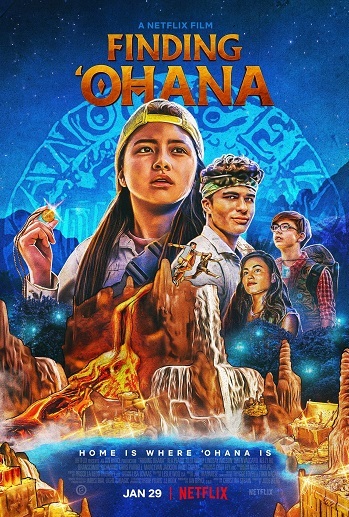 Pili (Kea Paehu) and Ioane (Alex Aiono) are siblings of Hawaiian ancestry being raised in Brooklyn by their widowed mother, Leilani (Kelly Hu). After their grandfather, Kimo (Branscombe Richmond), has a heart attack, Pili is forced to sacrifice a summer at a Geocaching camp and accompany her mother and brother to Hawaii, where years of unpaid property taxes and poor health are jeopardizing Kimo's ability to remain in his home.

When Pili finds a journal in Kimo's house containing clues to a treasure, she and her new friend Casper (Owen Vaccaro) attempt to track it down in order to save her grandfather's home, Ioane and Casper's friend Hana (Lindsay Watson) getting wrapped into it as well.