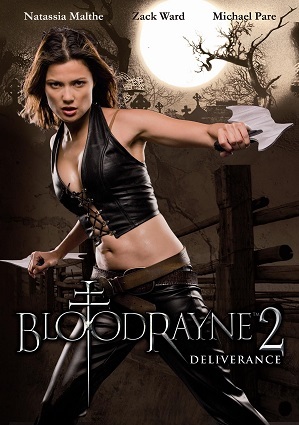 Deliverance is the sequel to BloodRayne, also directed by Uwe Boll and released in 2007 Direct to Video.

Rayne moves to America to hunt vampires in The Wild West. Her travels takes her to a town called Deliverance, which is terrorized by the vampire Billy the Kid and his gang. Together with the lawman Pat Garrett and an assortment of recruits, she tries to end Billy's on-going bloodshed.

Followed by BloodRayne: The Third Reich in 2010.

Deliverance has the examples of: