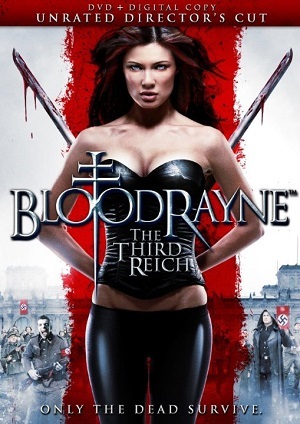 The Third Reich is the second sequel to Bloodrayne, also directed by Uwe Boll and released in 2011.

Rayne finds herself in a predicament during the World War II as she becomes targeted by Nazis in order to turn Adolf Hitler more powerful than ever.

The film is in more line with the games, as it features Nazis. There is also a good number of historical inaccuracies, and appalling German accents.

The Third Reich has the examples of: