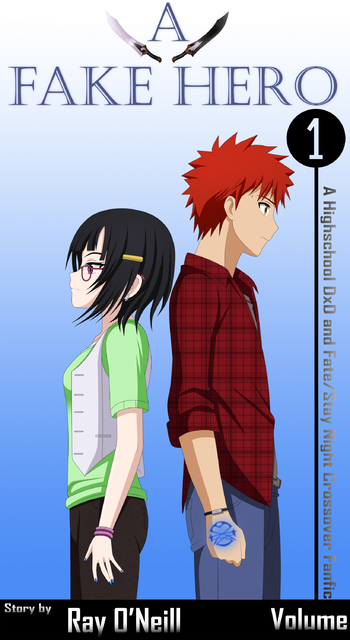 It focuses on a seemingly normal Shirou who lives a quiet and peaceful life together his adoptive family. Everything changed one night when he was attacked by one of his father's enemies and sustained a life-threatening injury. And if that wasn't enough he was forced to watch as a member of his family was getting tortured in front of his very eyes.

There were only two choices.

I think we all know what he choose.

How far can he go in a world where Gods still exists, angels watch from Heaven, fallen angels lurk in the shadows, devils go to his own school, and a snarky hero chilling in the back of his mind?

All while serving under a devil himself?