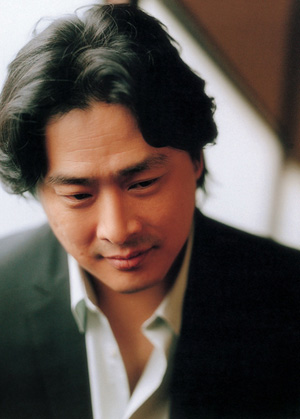 Park Chan-wook (born August 23, 1963) is an acclaimed Korean filmmaker best known for his film adaptation of Oldboy. The film Joint Security Area instantly made him one of his homecountry's most beloved directors and he has since then made several more films that met with great commercial success and critical acclaim, no thanks to Quentin Tarantino giving his work the Colbert Bump.

His style is marked by explicit violence and sexuality interwoven with tragedy akin to William Shakespeare (he has stated that Shakespeare is one of his influences) and truckloads of black humor. Not exactly something for the kids.

Tropes commonly Subverted in his works include: