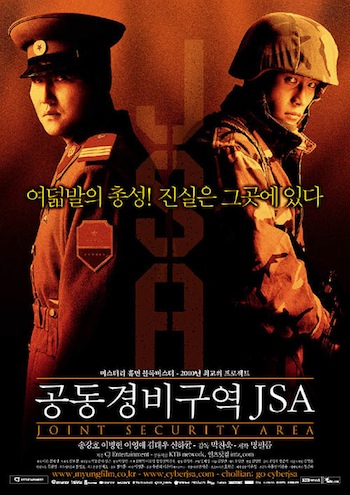 Joint Security Area (JSA) is a film by acclaimed Korean director Park Chan-wook and starring Lee Byung-hun, Song Kang-ho, and Lee Young Ae. It centered around an investigation by United Nations officials of a fatal shooting incident that occurred in the Demilitarized Zone between North and South Korea. When released, it was the highest-grossing Korean film of all time.