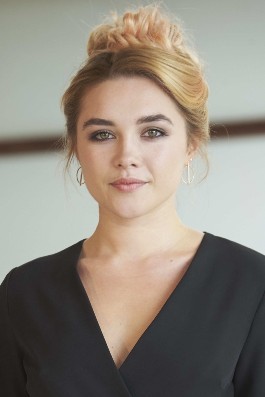 Florence Pugh (born 3 January 1996 in Oxford) is an English actor.

She made her professional acting debut in the mystery film The Falling and had her breakthrough with a leading role in the independent drama Lady Macbeth. Her performance as an unhappily married woman in the latter won her the British Independent Film Award for Best Actress.

She's also known for works such as The Little Drummer Girl and Outlaw King. Pugh had a big year in 2019, playing lead roles in the Professional Wrestling Biopic Fighting with My Family, the horror film Midsommar, and Greta Gerwig's adaptation of Little Women (for which she received her first Oscar nomination). In 2021 she joined the Marvel Cinematic Universe in Black Widow, playing Yelena Belova.