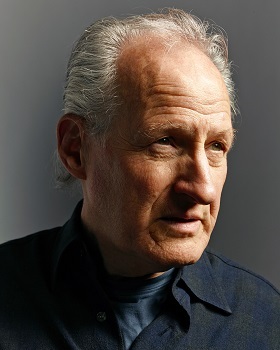 Michael Kenneth Mann (born February 5, 1943) is an acclaimed filmmaker, writer and producer. He's best known for his work in television (notably Miami Vice) and in the genre of crime drama, often taking place in cities which are explored in loving detail.

He's a major proponent of digital cinematography, having shot Collateral, Miami Vice and Public Enemies with High-Definition video cameras rather than 35mm film cameras. His visual style and action sequences are equally famous and distinctive.

Tropes common in his work include: