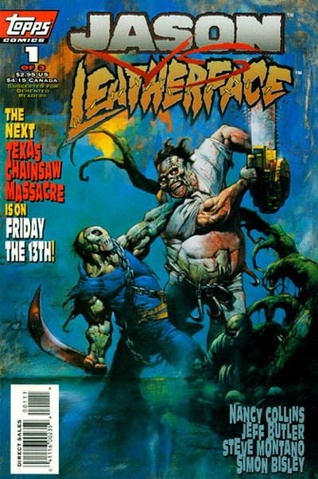 A three-part comic series from Topps that depicts Jason Voorhees of Friday the 13th franchise meeting Leatherface and his deranged family of The Texas Chainsaw Massacre franchise.

When Crystal Lake is dredged by unscrupulous businessmen, the undead killing machine Jason Voorhees is released from his watery grave and ends up on a train. After he derails the thing, he finds himself in Texas, where he soon meets up with Leatherface and his other family members, who are impressed by his murderous habits and welcome him into their ranks. But living with others, even among deranged cannibals, is alien to a loner like Jason, which makes a clash between him and them imminent.

Jason vs. Leatherface provides examples of: