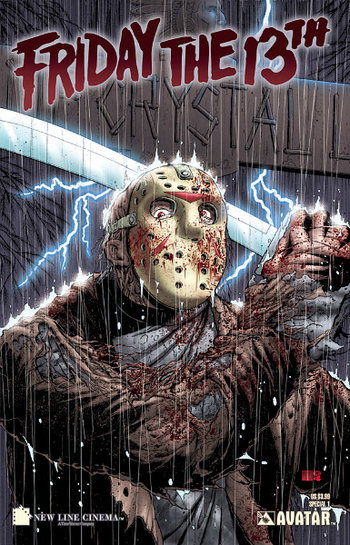 A one-issue horror comic set in the Friday the 13th universe, released by Avatar Press in 2005.

A brother and sister duo who own the land around the former Camp Crystal Lake try to build a new resort there, but their efforts are sabotaged by the undead killer Jason Voorhees, who prowls the area. They arrange a group of soldiers to hunt him down, setting the stage for a massacre.