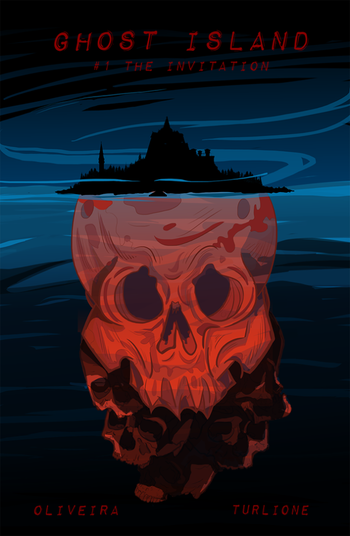 Josh Evans is a spirit medium with a dark past. He does little seances here and there to make ends meet, and considers his gift more a curse.

One day, a wealthy man contacts Mr. Evans, asking him to come to a private island he has which is populated by a whole host of spirits he's collected. The rich guy intends to open the island as an amusement park for the public, but before he can do that, he needs Mr. Evans to assess the minds of the violent spirits he's keeping there. So, Josh agrees to go along and, along with a small group of other people the philanthropist has hired, help him with his project.

The comic was funded on Kickstarter on November 3rd, 2016. The first issue was released January 2nd, 2017.