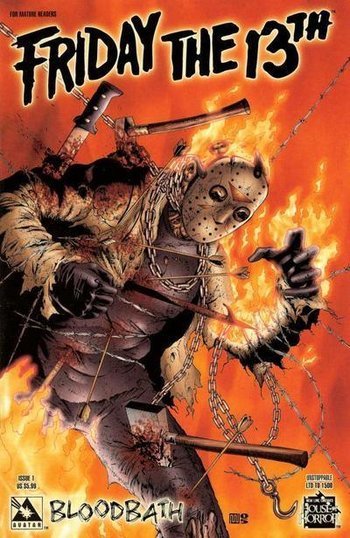 A three-issue horror miniseries set in the Friday the 13th universe by Avatar Press, released in 2005.

Group of people calling themselves The Organization have need for the capture of the undead killer Jason Voorhees so that they can study him. They have hired a man named McLintock to do it, who sets up several youths to clean up Camp Crystal Lake to lure Jason out while the soldiers under his command are sanding by.

The comic's story is continued in the one-issue comic Friday the 13th: Fearbook.