Comic Book / Until We Sleep 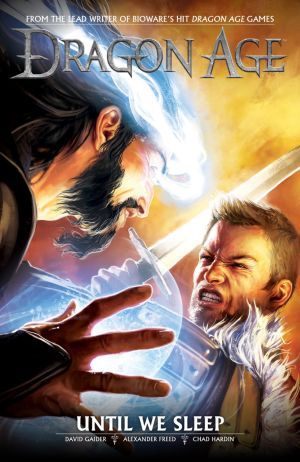 Until We Sleep is a three-issue comic book mini-series set in the Dragon Age universe, written by David Gaider, the lead writer of the games, and published by the Dark Horse Comics. It provides the conclusion to the earlier mini-series The Silent Grove and Those Who Speak: Alistair, Isabela, and Varric finally corner the Tevinter Magister Aurelian Titus, the man behind King Maric's disappearance, in his fortress of Ath Velanis.
Advertisement:

Once again, the events of UWS are not meant to override the player's personal canon from the games but instead to complement it.