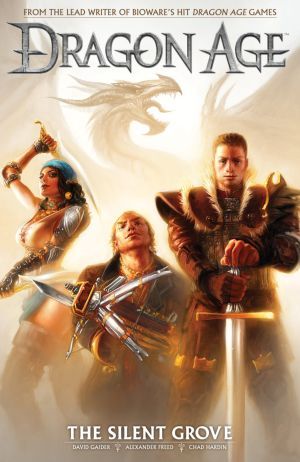 The Silent Grove is a six-issue comic book mini-series set in the Dragon Age universe, written by David Gaider, the lead writer of the games, and published in 2012 by the Dark Horse Comics. It is set after Dragon Age II and follows Alistair (a party member from Dragon Age: Origins), Isabela, and Varric (two party members from the second game) on their journey to discover the fate of Alistair's supposedly late father.

The comic book is part of the so-called "BioWare canon", as it is not meant to override the player's personal canon from the games (e.g. by having Alistair live, even though it is possible for him to die in Origins). The story was continued in the sequel mini-series Those Who Speak and Until We Sleep.