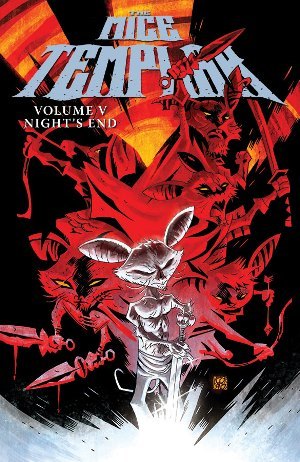 In a World… populated primarily of rodents, a young mouse named Karic takes fascination in an ancient organization known as the Templar, a group of mice warriors who protected the world from evil forces. With the Templar now long and forgotten, Karic and other mice like him are only able to hear stories about their adventures. But when tragedy strikes Karic's home, Karic soon finds himself in the middle of a large, religious conspiracy and a perilous adventure against the evil forces in the land. And he may or may not discover that the Templars were real after all, and still exist...

The Mice Templar provides examples of: