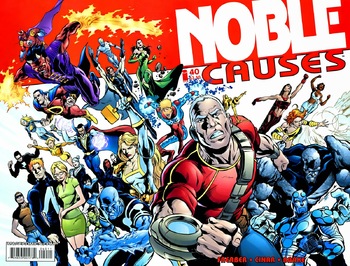 Jay Faerber's homage to Super Hero comic books and soap operas. The series revolves around the Noble family, a wealthy, famous family of superheroes. In addition to fighting supervillains, the heroes face such challenges as infidelity, unplanned pregnancies, and the tabloids.

The main family members are: