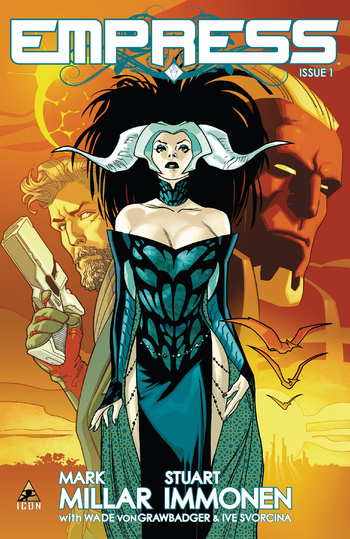 65 million years ago (A long, long time ago in a galaxy far, far away, you could say), Queen Emporia escapes her throneworld with her bodyguard Dane, daughter Aine, and sons Adam and Puck. Tired of her husband Morax's cruelty, Emporia aims to take shelter with her sister. However, the Hair Trigger Tempered Morax is insulted by his wife's disobedience and puts out a bounty on her and Dane.

Becoming targets, Emporia and company must travel world-to-world, seek aid from willing and trustworthy allies and avoid the terrors the galaxy has to offer in order to reach safe grounds.