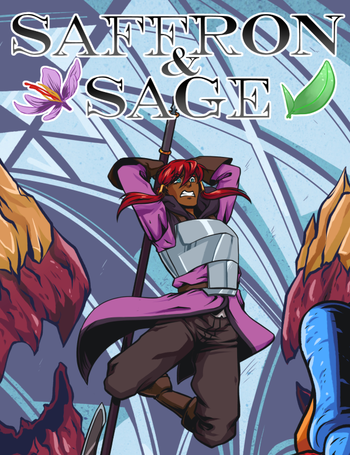 Saffron and Sage is fantasy/comedy webcomic written by Daniel Kelly, who also created Legend of the Hare, and drawn formerly by Sofia Lopez and currently by Carlos Ruiz.
Advertisement:

The story follows a knight named Saffron and a talking Fox named Sage traveling together on a quest to save a prince that’s been abducted by a nymph. Our duo is quickly added to by two others: (Self proclaimed) World’s greatest adventurer Coriander and former priestess Liri. But there are many dangers before they can reach their goal. The series began October 15th, 2016 and is currently ongoing.