Web Animation / Reversal of the Heart 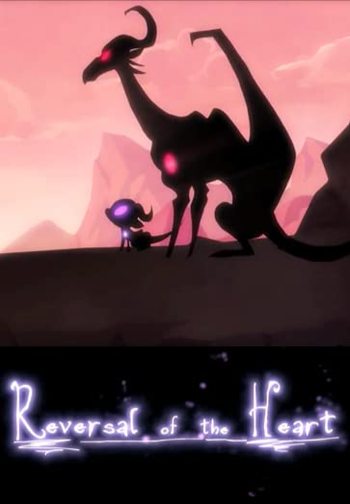 Reversal of the Heart is an animated 2011 short film created by Carolyn Chrisman as part of their senior thesis for the University of Southern California. With background art by Gillian Grossman, the short was created entirely in Adobe Flash. It can be found here

After a prince kills a baby dragon for the glowing Gem Heart in its chest, as a gift for his love, not knowing that the mother of said baby dragon has put curse on the gem that turns his love into a dragon. Mistaking her for a dragon that has murdered his love, he tries to kill her, with the princess only nearly escaping.

After words, she recruits a young amateur wizard to help her go on a quest to undo the curse, as her former love tracks them down.