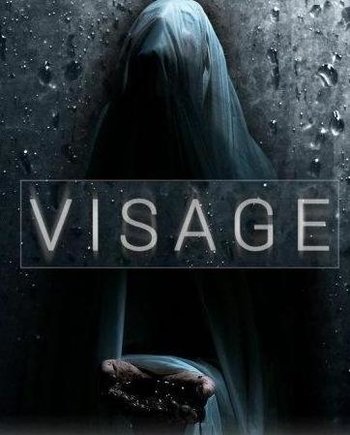 Each death has its visage. How will you face them?
Advertisement:

Visage is a first-person Psychological Horror video game developed independently by SadSquare Studio, and made as a Spiritual Successor to P.T.. It was first announced in September 2015 and crowdfunded on Kickstarter. After two years in early access, the full game was released on October 30, 2020, for PC, PlayStation 4, and Xbox One.

Set in the 1980s, Visage centers on Dwayne Anderson, who finds himself trapped inside a large, seemingly deserted house with a bloody history. As he explores the rooms and halls, Dwayne is haunted by surreal and terrifying remnants of the past as he uncovers the gruesome secrets that tie him to this place.