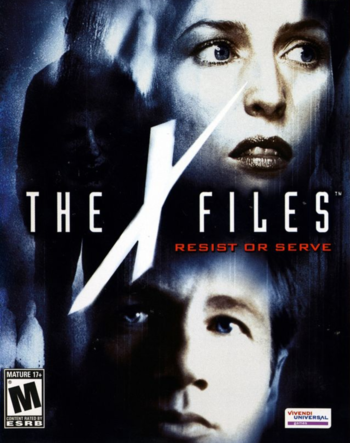 Time for another investigation.
Advertisement:

Agents Mulder and Scully are sent to Red Falls in Colorado in order to investigate allegations of murder that supposedly involve a supernatural angle tied to two teenage girls. Turns out that it's just more than the two girls after the Winslow twins were found dead.

David Duchovny and Gillian Anderson voiced their characters from the show, Agents Mulder and Scully.