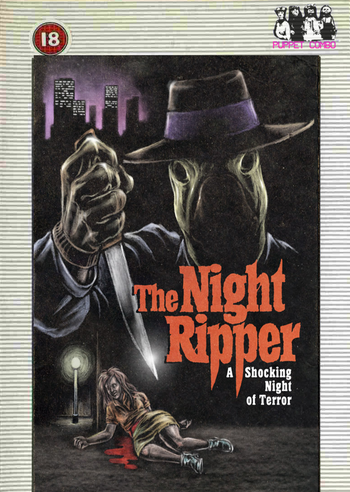 ◊ for the full version.)
Night Ripper is a 2017 independent Survival Horror game for PC, developed by Puppet Combo, the new and improved developer of Babysitter Bloodbath and Power Drill Massacre. It's the third instalment in their anthology series of 80's Slasher Movie inspired PS1-esque horror games.
Advertisement:

You control a young girl named Rachel, forced to walk home from a diner late at night. On her way there in the dirty slums of a nondescript town, she's terrorized by the Night Ripper.