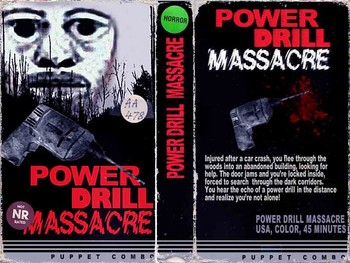 Like Bloodbath, Massacre mashes PS1-era Survival Horror games with the Slasher Movie genre. You control a girl who crashes her car in the wilderness, so she hikes to find any nearby help and comes across an abandoned factory. She explores it, and unfortunately for you, it turns out to be the lair of a power drill-wielding serial killer. Have fun!

Has a character page here.