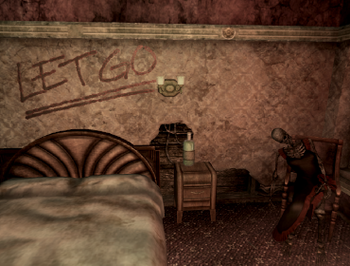 The resting place of Vera Keyes. Note the Med-X syringes around her corpse.
As a Moments subpage, all spoilers are unmarked as per policy. You Have Been Warned.