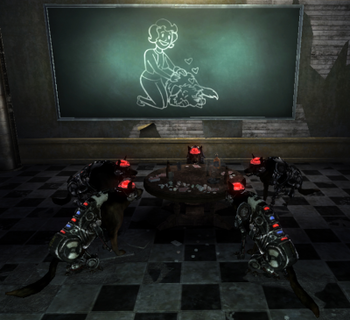 They're dogs... and they're playing poker!
As a Moments subpage, all spoilers are unmarked as per policy. You Have Been Warned.