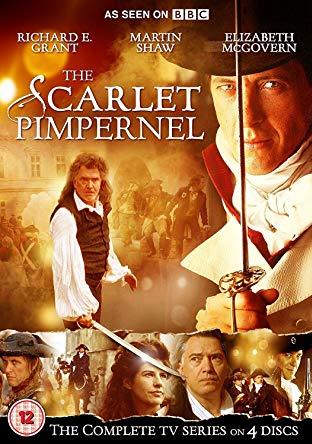 The Scarlet Pimpernel is a 1999 TV series loosely based on the series of adventure novels by Baroness Orczy. It stars Richard E. Grant as Sir Percy Blakeney, who rescues aristocrats from the French Revolution under the guise of the Scarlet Pimpernel. Elizabeth McGovern co-stars as Lady Blakeney and Martin Shaw as Chauvelin.

Ran for two series, of 3 episodes each.

In addition to tropes inherited from the novels, this series provides examples of: