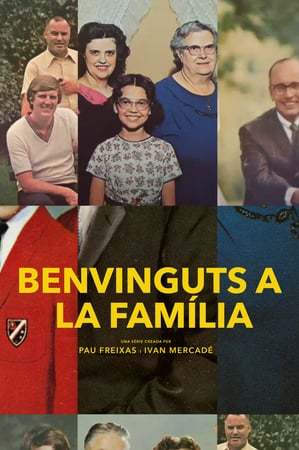 Welcome to the Family is a Catalan-language Spanish comedy series created by Pau Friexas and Ivan Mèrcadé.

Àngela is the single mother of three kids: the nerdy Fransisc "Fran", the young Sara and the rule breaker David, but is helped by her ex-husband's brother Fernando "Nando". When their house gets taken by the bank, she needs to pay €150,000 to get it back, forcing her to go and ask her father that kicked her out of the house as a teenager, Eduardo, for the money. Upon meeting his new family: his new air head wife Victoria and her bratty daughter Alex, Àngela's meeting with her father goes sideways and he has a heart attack, dying right there. Before announcing his death, the family realizes that they won't get anything out of his will, as Eduardo left everything for his son. Àngela convinces the family to keep his death a secret until they manage to find some way to get the money they need.