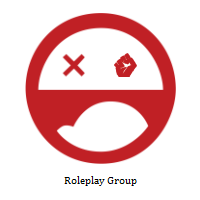 Their logo.
"Politics have no relation to morals."
— Niccolò Machiavelli, perfectly describing the views of most players
Advertisement:

The Facepunch RP Group is a group of roleplayers that have been making Play by Post Forum RPs for several years on the Facepunch Forums. They are largely centered around simulating countries in different settings ranging from history (resulting in alternate history) to fantasy worlds and sci-fi.

RPs with their own pages