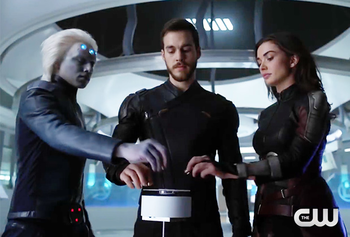 Brainiac 5, Mon-El, and Imra get their Flight Rings
Kara, still struggling for her life after her defeat, must awaken as National City is now at Reign's mercy.