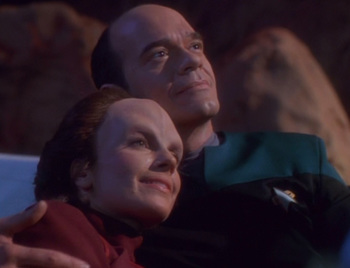 "Romance is not a malfunction."
Voyager rescues a Vidiian woman on the verge of death, so to prolong her life the Doctor downloads her into a holographic body. She turns out to be a doctor called Denara Pel, and the Doctor finds himself struggling with an attraction to his patient.

Meanwhile, Tom Paris takes another level in jerkass, with consequences...