Recap / SpongeBob SquarePants S4E12 "All That Glitters" / "Wishing You Well" 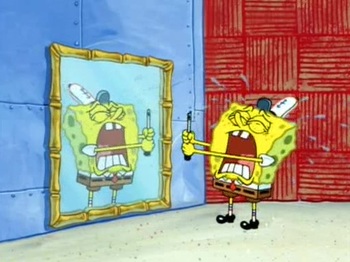 SpongeBob replaces his old and broken spatula with a new one, but discovers that new doesn't always mean better.

"All That Glitters" contains examples of: 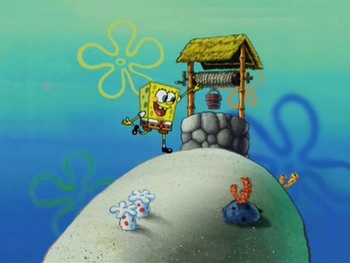 Mr. Krabs sends SpongeBob and Patrick down a wishing well to collect the money dropped by the wishers.

"Wishing You Well" contains examples of: