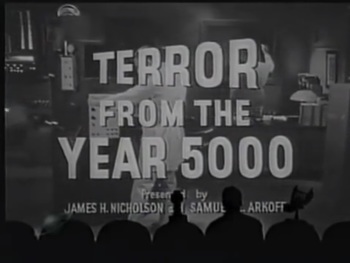 ARE YOU READY FOR TERROOOOOOOOOORRRR!!!!!!
Advertisement:

Film watched: Terror from the Year 5000

(Observers, yet again, stare into the camera)