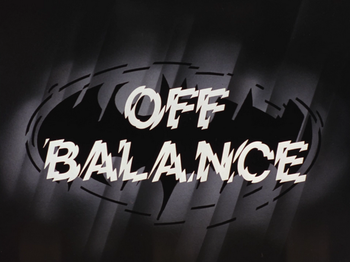 A group called the Society of Shadows steals a prototype piece of Wayne Tech mining equipment, which they intend to turn into a weapon. Pursuing them, Batman is aided by a mysterious young woman calling herself Talia.