Recap / Asterix and the Chariot Race 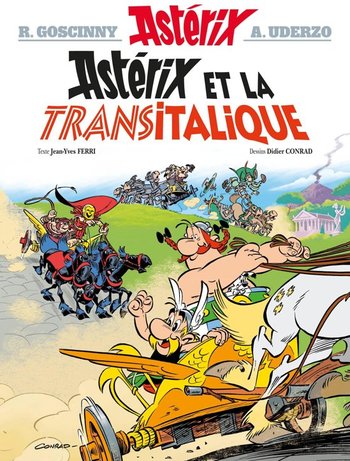 Astérix et la Transitaliquenote "Transitalic" meaning a race across the Italic peninsula is the 37th album of Asterix, released in 2017, and the third album made by Jean-Yves Ferri and Didier Conrad since they took over the series.

Senator Lactus Bifidus, the Roman official in charge of maintaining the roads, gets in trouble with the senate. His disregard for his job and using the money for his own pleasures have led to the Roman roads being in terrible condition. In particular, they are riddled with potholes, leading to many accidents.