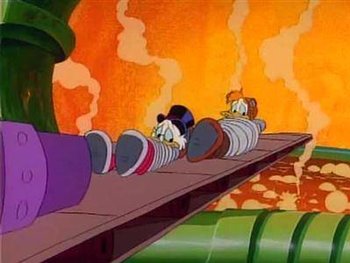 Scrooge and Launchpad just seconds away from a surprisingly Cruel and Unusual Deathnote Thankfully Gizmoduck arrives to save the two, though it is cut pretty close.

Sphinx for the Memories